DJI slammed it’s Foldable convenient drone “The Mavic Pro” this week making it one of the best foldable, convenient drones in business, after the much-anticipated drone “Karma”, from GoPro was launched last week.

The Mavic Pro is tiny, foldable and can be carried around in your pocket (A big one), belt, there’s a clip which fits around your phone so you can still see the video from the drone, but it doesn’t require either that massive controller from the Phantom range, which seems to make sense for travellers who want to take their drone everywhere with them. 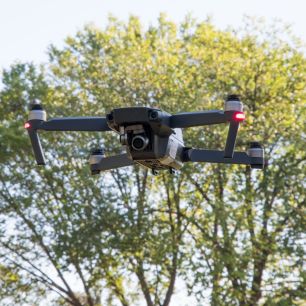 With the latest in tech, DJI includes a 4k camera stabilized by a 3-Axis gimbal and automated features like collision-avoidance, TapFly, and precision hovering all powered by a 24 core custom made processor. The DJI Mavic Pro can also be controlled with gestures and take selfies. Wave your hands to get the drone’s attention. Throw your arms up in a big Y and it will focus on you. Make a frame in front of your face with your hands and it will start the timer for an aerial selfie.

Flight time is 27 minutes and can exceed 40 mph in “Sport” mode. DJI says it can stream live video from up to 4.3 miles away, compared with a maximum range of 3.1 miles on the Phantom 4. The new system also promises to live stream 1080p video to services like YouTube, Periscope, and Facebook, compared to the 720p video on the latest Phantom. The DJI Mavic Pro can also be used in “first person” mode, which uses a set of goggles to allow you to fly the drone as if you were an aircraft pilot.