So what is machine learning?

Machine learning is a type of Artificial Intelligence (AI) with the ability to learn without being explicitly programmed. Machine learning focuses on the development of computer programs that can teach themselves to grow and change when exposed to new data.

The process of machine learning is similar to data mining. Both search through data to look for patterns. But instead of extracting data as in the case of data mining applications, machine learning uses the patterns in them and adjust program actions accordingly.

Machine learning is categorized as :

Google’s TensorFlow had recently been open-sourced. TensorFlow is an open source software library for machine learning. But now Google focuses on something known as deep learning. Google also uses this AI engine to recognize spoken words,translate from one language to another, improve Internet search results, and more. It’s the heart of Google’s Photos app! We will have a detailed look at data mining and deep learning in the future.

Google today announced a new machine learning platform for developers at its NEXT Google Cloud Platform user conference in San Francisco. As Google chairman Eric Schmidt stressed during today’s keynote, Google believes machine learning is “what’s next.” With this new platform, Google will make it easier for developers to use some of the machine learning smarts Google already uses to power features like Smart Reply in Inbox. 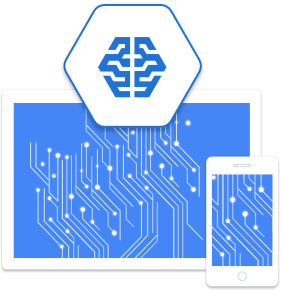 “Machine learning. This is the next transformation,” Schmidt says. “I’m a programmer who sort of got lucky at Google. But the programming paradigm is changing. Instead of programming a computer, you teach a computer to learn something and it does what you want.”