Optical or photonic computing uses photons produced by lasers or diodes for computation.

In late 2015, researchers at the Univeristy Of Colorado created a first full fledged light processor which will transmit data using light instead of electricity. It has 850 I/O elements that give it a bandwidth way more than electric chips, we’re talking 300Gbps per square millimeter or 10 to 50 times what you normally see, replacing the circuitry with optics. 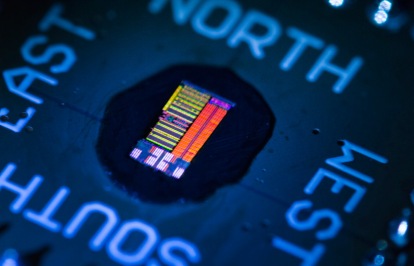 Although having a size of 3mm x 2mm and just two cores, it has dramatic potential over our normal processor. 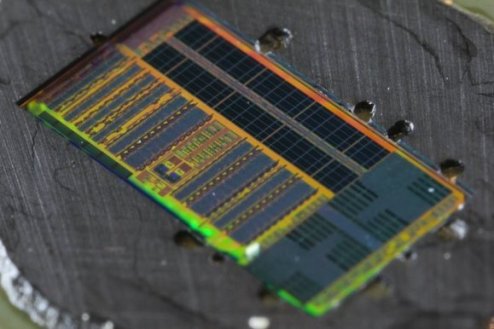 “It’s the first processor that can use light to communicate with the external world,” Vladimir Stojanović, the University of California professor who led the collaboration, said in a press release.

Photonic logic is the use of photons (light) in logic gates (NOT, AND, OR, NAND, NOR, XOR, XNOR). Switching is obtained using nonlinear optical effects when two or more signals are combined. Resonators are especially useful in photonic logic, since they allow a build-up of energy from constructive interference, thus enhancing optical nonlinear effects.

It’s been said that we may see optical computing soon. It’s because light pulses are used to send data instead of voltage packets. Processor will change from binary to light pulses using lasers

So what about memory?

A holographic memory can store data in the form of a hologram within a crystal. A laser is split into a reference beam and a signal beam. Signal beam goes through the logic gate and receives information. The two beams then meet up again and interference pattern creates a hologram in the crystal.